I saw a box of Pillsbury Hot Roll mix at the grocery store, and thought that I would try it, and let you all know what I thought of it.  I made the cinnamon roll recipe, found on the side of the box. 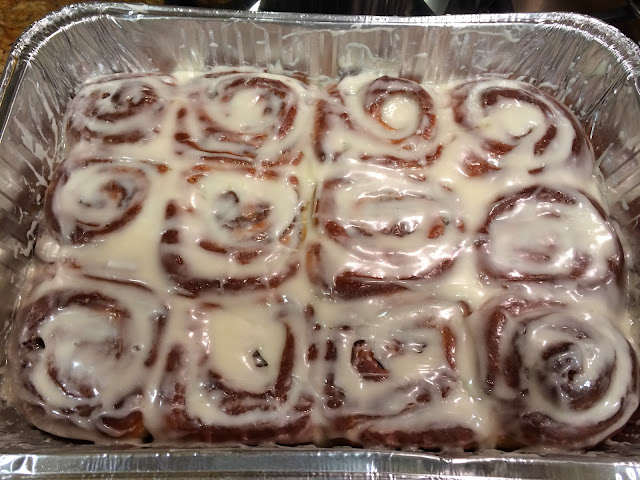 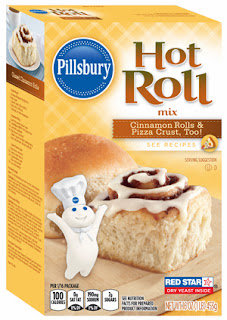 I won't list the measurements here, because they're on the box.  You start by mixing the flour and yeast bags from the box, and add sugar, hot water, butter, and one egg.  Mix until the dough just comes together:

Then you put it onto a floured surface 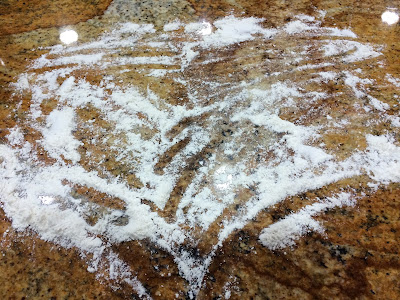 And knead it for five minutes, adding flour if it is too sticky.  When you're finished, you have a lovely elastic dough ball: 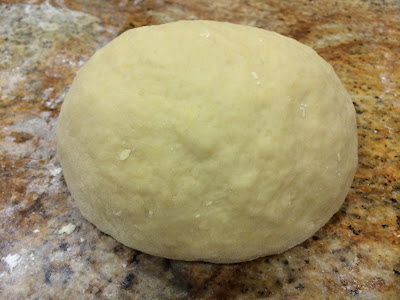 Then you set the dough aside for five minutes covered with a dish towel, and start working on the filling. 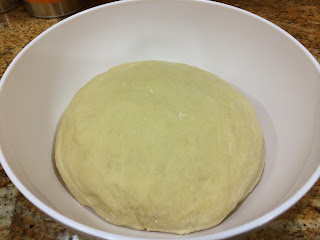 Mash brown sugar, flour, butter and cinnamon together until it comes together (I used a fork, and then my fingers): 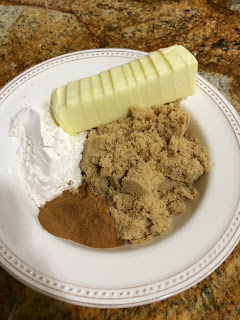 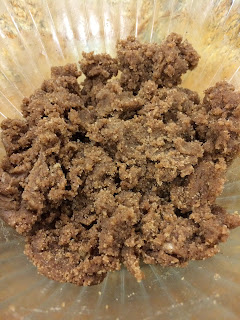 Then place the dough on a floured surface, and pat it into a rectangle shape: 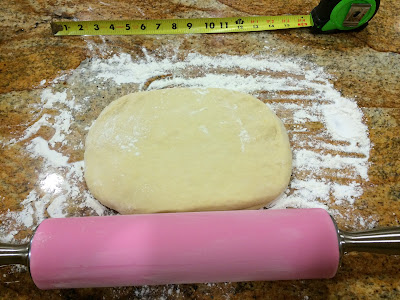 Then roll it into a 15 x 10 inch rectangle…it doesn't have to be precise, just generally that dimension: 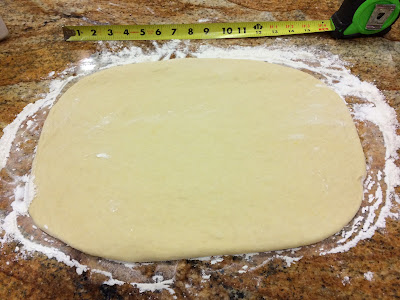 And spread the filling on the top: 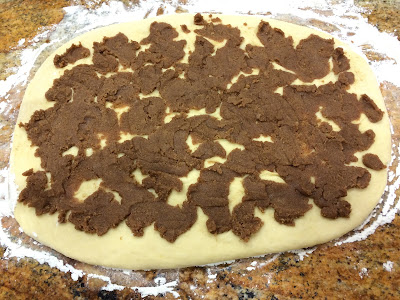 (I know it looks a little weird, but I wanted it to be on as much of the surface as possible. )

Then, starting on the shorter side, roll the dough up as tightly as you can: 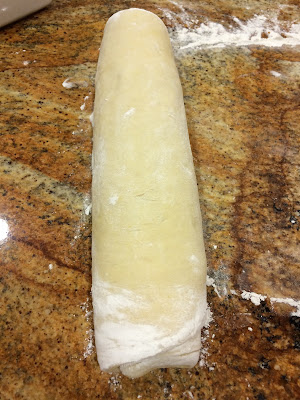 Then (and I don't have a photo of it) just use your hands to make the roll even.  You can see that my roll is wider on one end, so I just pulled it a little and elongated it.

Then slice the dough in 12 even pieces: 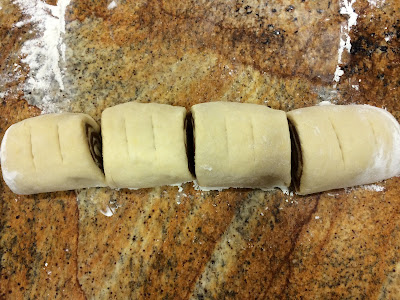 You can see that I cut the dough roll in half, then half again.  Then I scored each piece in thirds so I would know where to cut. 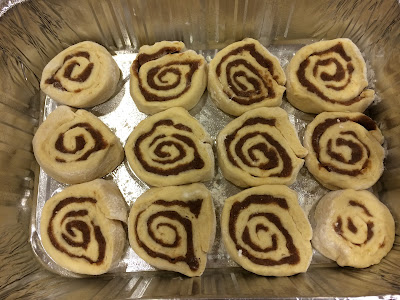 Don't worry if they look a little wonky at this stage - mine were uneven and hardly round.  You'll see what happens.

Cover the rolls lightly with plastic wrap and place the pan in a warm (80 to 90 degree) spot for 30 minutes.  I put my oven on low, which was 170 degrees, and cracked the door. 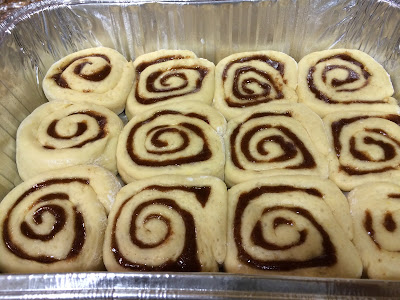 [If your rolls haven't doubled in size, then they're not in a warm enough place.  Try my oven trick.]

Bake for 20 to 25 minutes, or until golden brown.  Really keep an eye on them after the 20 minute mark, because they'll brown quickly.

Mix up a cream cheese glaze made up butter, cream cheese, confectioners sugar, milk and vanilla, and spread it over the hot cinnamon rolls: 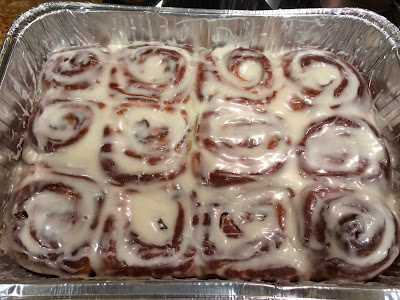 Ooh la la, these rolls are DIVINE!  They're soft and chewy and delicious!

So my thoughts on this Hot Roll mix:  It makes amazing cinnamon rolls, but only saves you time on the very first step of the process (blooming the yeast and adding the dry ingredients).  If you are unsure about making a yeast dough, this mix takes the guesswork out, and you're pretty much guaranteed a wonderful end product.  If you've made cinnamon rolls from scratch before, then this mix is really not needed.

If you're looking for some good scratch recipes, I would recommend Pioneer Woman's (found here), with the warning that it makes a LOT of rolls.  Sally's Baking Addiction's (found here) is also really delicious.

I hope you enjoyed this review, and I'd love to hear from you if you want me to review any other products.